What The Colour of Your Tap Water Says About Your Plumbing 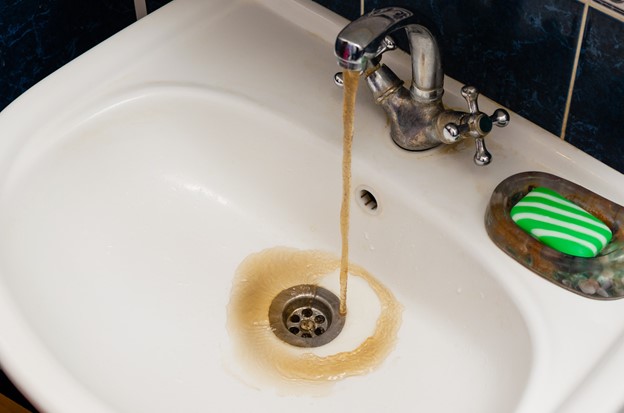 What The Colour of Your Tap Water Says About Your Plumbing

Though many of us associate water with being clear or transparent, water can take on a wide variety of colours when in a certain environment. Having slightly coloured water is a fairly common occurrence in homes across Ontario and is usually temporary. But sometimes water can take on extreme colours and might need to be looked at by a plumber.

So, how can homeowners across Ontario and Canada know when they ought to contact a plumber if they suspect their water has an unusual colour? In today’s guide, Caldwell Plumbing will explain what the different colours in tap water are caused by and how they can be fixed.

Clear tap water is the gold standard for great water. It usually means your plumbing system is in good condition and isn’t being damaged.

That being said, not all clear water is safe, especially in developing countries where water sanitation practices are still being worked on. If you travel outside of North America or Europe, make sure you check with locals or officials about the quality of tap water. If in doubt, choose bottled water for drinking and brushing your teeth.

As one of the most common changes to tap water in homes across Ontario, cloudy tap water is rarely a serious issue, especially if it doesn’t last over 24 hours.

Cloudy water often happens due to air exposure in your plumbing system. The air gradually builds up and results in carbonization, giving it an appearance just like soda or pop. It can also occur by having hard water in your area, which is notorious for causing a build-up of dissolved rock salts and minerals that give water a cloudy or milky tone.

If you do happen to notice any other changes in your water, such as unusual smell or odd colours, you should stop drinking the water until it has been inspected. Similarly, if the cloudy tap water lasts longer than a day or two, then you should contact a plumber who will inspect your plumbing system for any leaks or signs of weak pipes.

Tap water that appears red or brown in appearance is more common in older homes. It typically comes about from old pipes being very rusty, particularly if you live in an area with hard water like Southern Ontario. Though you might think red or brown water is easy to spot, many homeowners don’t notice the colour change until they see stains appearing in areas that trap water like baths or basins.

Red or brown tap water is rarely an emergency but should be inspected by a plumber for signs of rust or corrosion in your home’s pipes.

Though we tend to associate water with having a blue tone (such as the sea), water should ordinarily be transparent when leaving your tap.

Tap water that looks blue or green in colour is often caused by problems with your plumbing pipes, especially copper pipes. This is because they were incorrectly installed and water has been allowed to build up in the pipe over time, encouraging corrosion and the deterioration of the copper. This corrosion releases copper salts into the water which give it a blue/greenish colour.

Last, but not least, you might find your tap water is black or extremely dark. Black water gets its colour for many reasons, some harmless and others potentially life-threatening.

A typical cause for black water coming out your tap is the build-up of magnesium in your pipes. Magnesium is a mineral that naturally occurs in rocks and ground below our homes. While harmless (and even healthy) for humans, high or visible amounts of magnesium should be addressed.

So, is blackwater safe? It depends, but we do not recommend drinking black water at all, at least until it has been thoroughly inspected by a plumber and the cause has been identified. This is because it can also signal bacterial contamination in your water tank or plumbing system, which can lead to severe illness if consumed.

Get an Experienced Plumber’s Advice in the Durham Region, Canada

Abnormal tap water is nothing to ignore. In fact, it can sometimes not only be detrimental to your plumbing and home, but also to your family’s health. If you notice odd colouring in your tap water and are in the Durham Region, contact Caldwell Plumbing for an inspection. Our skilled plumbers are able to identify plumbing issues and correct them for you. Contact us today to learn more!

Things to Consider When Renovating Your Kitchen

The Difference Between Septic Tanks and Sewers