How to Get Rid of Those Shower Drain Smells 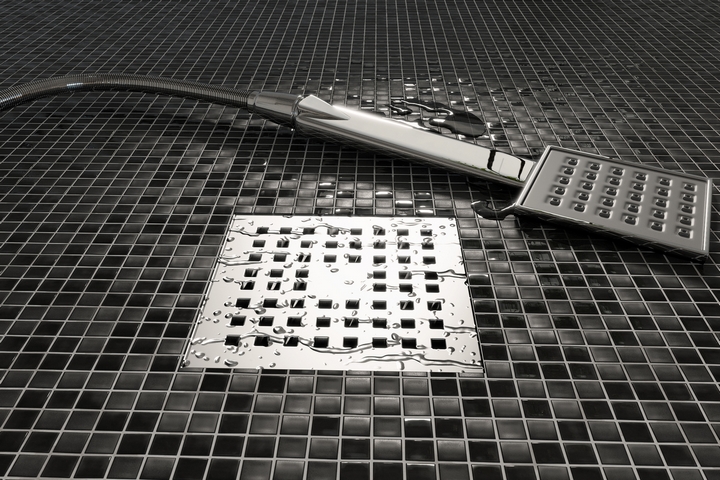 For many people, taking a shower offers an uninterrupted period of peace, quiet and serenity. The shower is like a refreshing sanctuary in our homes, where we get clean, stay fresh, and feel invigorated. Unfortunately, we may encounter a foul smell emitting from the shower drain, characterized by its overpowering stench. The strange shower drain smells can quickly infiltrate our bathrooms, where taking a shower will feel much less enjoyable.

A stinky shower drain is a common issue found in many households. These unpleasant odours may originate from various sources, which means you need to try different methods to get rid of the shower drain smells. Typically, the smells may come from bacteria, mould, blocked vents, or debris that got caught in the drain.

If you smell a gross odour coming from your shower drain, you likely require some maintenance work for your plumbing systems. A professional plumber can help you to inspect the shower drain, identify the source of the problem, and clear away the stench. For more information, follow these instructions to understand how you can get rid of the shower drain smells in your bathroom.

Why does my shower drain smell?

The origin of most shower drain smells can be traced back to several primary sources. Firstly, you may be smelling the rot from debris stuck inside your drain. Over time, debris like hair and soap scum can start emitting a naturally gross smell. Secondly, you might be smelling bacteria that has been growing in the fetid water inside the pipe. The bacteria can produce hydrogen sulfide gas, which smells just like sewage.

If the smell doesn’t come from debris or bacteria, the culprit may potentially be mould. The mould can grow on soap buildup in your drain, creating a musty odour that you might be smelling. Mouldy drains can be hazardous for your health, so you should have the problem inspected by a plumber as soon as possible.

In some instances, the issue might be a blocked plumbing vent. This is likely the case if you smell a bad rotten egg odour after using the washing machine or flushing a toilet. When the vent pipes are clogged, the sewer air will have no room to properly ventilate. This results in the odours leaking and travelling throughout your household, including the shower drain.

How to clean the shower drain strainer The strainer describes the piece of equipment that covers over your shower drain. Often made out of metal, the strainer needs to be removed before you can clean it. Typically, you can pull up the strainer with your hands, but remember to wear rubber gloves when handling these parts. For some other designs, you may have to first loosen the screw attachments, and then pry away the strainer with a flat-head screwdriver.

Once the strainer is removed, you’ll probably notice a coat of grime and slime underneath its surface. You may also discover clogs of hair and pieces of soap scum, which could be the source of the stinky shower drain smells. To clean the strainer, scrub thoroughly with a sponge and soapy water. Make sure you wash the entire surface area, including its edges, along with both sides of the strainer.

How to clean the shower drain The first step to cleaning the drain is to remove any loose hairs. You can use a drain cleaning tool, an old toothbrush, or even your fingers to remove as much hair as possible. If there is hair stuck further down the drainpipe, it may not be easily retrievable. For the tougher clogs, you may need to use a drain snake to access areas that are more difficult to reach.

Once you removed these clumps of hair, it’s time to clean the drain with a sponge and soapy water. Simply insert the sponge into the drain and spin it around as you clean the area. You may need to scrub rigorously to eradicate the thick coating of soap scum. Rinse and repeat this process until the drain appears to be cleaned. In addition to the cleaning, you should also disinfect the drain and kill any odour-causing organisms living within the pipe. This can be done by pouring a cup of baking soda into the drain, followed by a cup of white vinegar, and then wait. This mixture will fizz up to disinfect the area.

After a few minutes, flush down the mixture with hot water. Repeat as needed until the smell dissipates. This mixture will also deodorize the drainpipe, which makes the shower drain smell more pleasant.

How to prevent recurring odours Admittedly, cleaning a filthy shower drain isn’t the most pleasant experience for homeowners. That’s why you should perform ongoing maintenance on your shower drain. Every once in a while, take some time to wash the strainer, and remove the hair from the drain before it can build up. It is preferable to clean the shower drain in a sanitary condition, rather than waiting until the drain is in a smellier and grimier state.

To avoid the risk of bacteria and mould growth, pour boiling water down the drain around once a week. Doing this will prevent soap scum from building up. You can also use an enzyme-based drain cleaner first, if the soap scum is already starting to accumulate again.

Plumbing Emergency? Here’s What You Need to Do

How to Fix a Dripping Faucet in 8 Steps